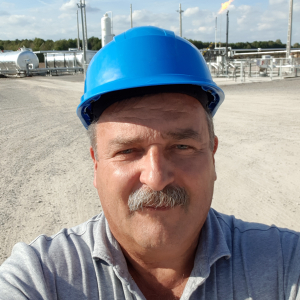 This independent private Company was founded by György Palásthy.

Nearly 30 years professional and managerial experience in the oil and gas business:
He was graduated from Technical University of Miskolc, Hungary as M.Sc. in petroleum engineering in 1987. He has postgraduate education in economics and management focusing on reserve and field development issues (1997).
He joined MOL (Hungarian Oil and Gas Co.) as a reservoir engineer in 1987. He is specialized in oil and gas condensate field development, horizontal well application, gas injection processes and reservoir management and technology. Different positions in reservoir engineering and field development department of MOL were hold down by him.
He was engaged as the manager of field development at MOL Pakistan between 2003 and 2005.
In the period of 2005-2007 his position was an asset manager at MOL Central-European E&P region.In the period of 2007-2012 he was the Director of Integrated Field Applications and Chief Technology Officer at MOL E&P Division.
In 2012 he moved to a new position at MOL Group E&P Division as a Vice President of Production & Field Development.
The main area of his interest is IOR/EOR technology utilization, reservoir management and E&P Field Development strategy.
He is author and co-author of several SPE papers, the chairman of SPE Hungarian Section and the former chairman of Hungarian Mining Society.